The course was held under the supervision of Colonel Abdel Karim Saeed, President of the Academy, Ambassador of the Arab Federation for Bodybuilding, on 22, 23, and 24 April, “from a distance” through the Zoom program for virtual reality for all participants in the course, and was led by Engineer Walid Abdel Karim, Senior Lecturer, Director of Technical Affairs.
At the Academy, Zayed Al Jallaf, Vice President and General Manager, and members were attended by Jassem Ashkanani, Director of Administrative Affairs, Muhammad Abdul Karim, Director of Public Relations, and Dr. Wissam Abdul Karim, Director of Legal Affairs.
Colonel Abdul Karim Saeed, President of the Academy, stressed the importance of the sixth level for all coaches and trainers who are interested in the affairs of bodybuilding and fitness, as the course grants all participants the golden training card approved and issued by the International Federation of Body Building and recognized in 202 countries worldwide.
The main themes of the course included training principles, exercise physiology, muscular system functions, and the role of the heart and blood vessels in building a harmonious athletic body. 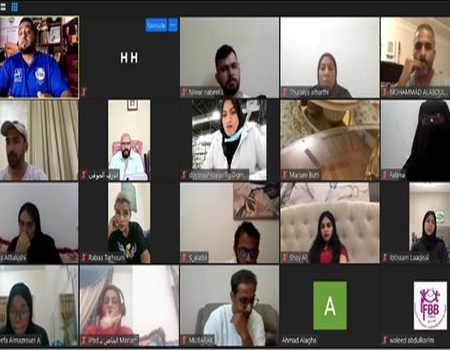